The technological developments are rapidly progressing and have impact in all aspects of our lives: energy, mobility, health, security, working, living etc. We also might call this the digital society, with internet of everything as driving principle. The speed of change is accelerating, and is driven by the exponential growth of computing power dictated by the Law of Moore.

The question I want to put forward is: how are we going to speed up the research at our universities? How do we stay connected and how can we follow the accelerations of innovations?

The answer might be to define a next generation of university: a networked university, with open channels to industrial, entrepreneurial, societal engaged individuals. Where innovation is not done in isolation, but in co-operation, with customer participation. An open innovation space.

Let me first describe the first generations of universities to put the envisioned direction into perspective.

The First generation of university was focused on education, and the first of this kind is the University of Bologna (1088).

Then the second generation introduced scientific research as the additional key goal. The example of this type is the Humboldt University Berlin. 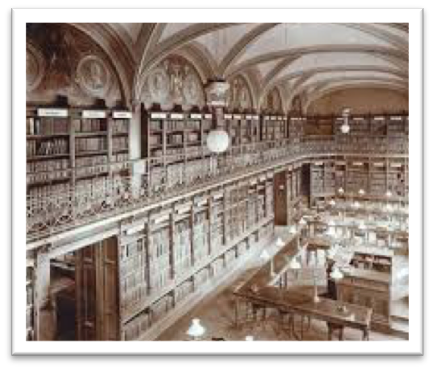 The (current) third generation of university was initiated by Cambridge University. The third added element was that of valorization. This in fact means the role of initiating market innovations, helping start ups and bridging the gap with industrial applications by bringing the ideas outside the university.

The table below shows nicely the typical ingredients of the three types of university systems.

If we observe how our current system works, the third generation of university is still not everywhere implemented, but we see a strong drive, also in the Netherlands, to work more inter-disciplinary, focus also on entrepreneurs and think about how to create value.

Nevertheless, our research processes themselves are still very linear: we do research, starting with a thorough survey of literature, then innovate, then write a paper, submit it, get after 3 months or so reviewer feedback, modify, send again, and after one or two iterations we hope to have it published say one year later… We repeat this several times, and after a few years our Hirch index is increased by one, and as a young professional you might get promoted to the next academic level after several of those iterations.

As stated at the start of this blogpost, the world around us is changing fast, and linear thinking and linear processes are replaced by exponential growth, using the power of platforms (i.e. networks), and circular processes. So I observe a divergence between the pace of university research and its environment, although I know of course that doing research with high quality requires time and dedication. Although I respect these latter values, I would like to propose the 4th Generation of University, with, on top of the regular primary educational tasks, the following key ingredients:

Some of the ingredients are already implemented in practice to a certain extend, and the list can be longer. Some very strong examples have been the ‘knowledge workers’ arrangement back in 2008-2010 when employees of the industry where placed at the Dutch universities to deepen their knowledge and to give inspiration to the scientists. As an example, we developed in my group hybrid power trains for commercial vehicles with the local industry. Also, at many places, people from outside have part time positions and vv. Nevertheless, in order to speed up innovation and use the capabilities of universities, this can amplified as a new way of working. The challenge is to maintain our quality standards (partly realized via the earlier mentioned (slow) peer review process) and scientific reproducibility of the results as the main key scientific values.

The table below summarizes the ingredients of the new proposed 4th generation university, in a comparison with the 3rd gen.

Interestingly, in our region, also called the Brainport region, we are very close to such a networked environment for innovation, and maybe our Eindhoven University of Technology can play a role as a trendsetter for this 4th generation university. See also here (in Dutch) the thoughts about our region and our university of our Chairman of the Board Jan Mengelers. The VSNU report on the digital society is also interesting to read.

I hope you also will contribute to the discussion and put your remarks as comments to this blogpost. Also please let me know if you think it is the wrong direction.

Iteration and learning is progress!

UPDATE May 2020: these ideas have resulted in the start of the Eindhoven Engine, see also here.

note: thanks to Prof. Emile Aarts for the pictures and the first table.

10 thoughts on “Towards the 4th Generation University”