In a weekly column, alternately written by Lucien Engelen, Maarten Steinbuch, Carlo van de Weijer and Daan Kersten, E52 tries to find out what the future will look like. All four contributors are – in addition to their ‘normal’ groundbreaking work – linked to the SingularityU The Netherlands, the organization that focuses on spreading knowledge about technologies that can provide solutions to the problems of our time. This Sunday, it’s Maarten Steinbuch‘s turn.

In the past week the Dutch universities restarted the academic year. Traditionally the rectors open with their considerations. Unique this year was that in all openings on all Dutch universities the report ‘Digital Society‘ played an important role. The report was written by the VSNU, the association of cooperating universities in the Netherlands. The subtitle reads: “The Netherlands and universities: international pioneers of human-oriented information technology“.

The message of the report is completely in line with the thinking at Singularity University: the major social problems can actually be solved by the massive and rapid development of technology. At the same time new questions come up about the role of humans in the future of the digital society. With this addition, the VSNU describes the uniqueness of the Dutch science field: the ability to cooperate across disciplines and domains (alpha, beta, gamma) and to take a leading role in this unique time in history. This asks for some more explanation, but first, let me describe what Singularity University really stands for, where the word comes from, and why I’m involved.

The concept of Singularity in mathematics is connected to something with no solution, or to something infinite, for example if you try to divide with 0 (zero). Another example is a desired trajectory of the tip of a robot arm which you want to ‘translate’ into how each joint should be working; this is not always straightforward because there are often many more solutions (actually, in those cases usually an infinite number of them). At the Singularity University, the term is used to indicate the moment the computer will be smarter than humans and we reach a situation in which different technologies have developed to a point in which they converge and provide solutions to all existing problems.

Imagine a situation in which energy is free, there is enough food, we could become very old and at the same time always remain healthy, and everyone has enough income. We are not there yet, but the road to it has many challenges, and also deeper questions, such as: do we really want to become infinitely old, and what about the ‘humanity’ in such a situation? Singularity University was founded as a think tank to enhance this process and help realise it. It is done this by organising workshops and seminars, and by helping promising startups with their first steps.

Without ASML there is no Moore’s Law

The rapid technical developments towards the digital society are enabled by Moore’s Law: it shows the doubling of processing power of computer chips in every two years. The remarkable thing is that with ‘our’ company ASML we are at the heart of this law: without ASML there is no Moore’s Law! Because of the highly technical orientation of our region, the first establishment of Singularity University outside the US ended up in Eindhoven, and was named SingularityU The Netherlands. We don’t call it a university here, simply because it is not.

I linked myself to SingularityU The Netherlands because I think it is important that everyone, individuals, companies, governments, institutions, get started with these rapid developments. We have to think about what it can do for us, and how each of us can contribute to this transition to a better world. What fascinates me is to encourage young people and their aspirations for startups, and also to think about the implications for education, and how we do research at the university.

In my own research group, we are working on robots, and with the two startups Preceyes and Microsure we combine the strengths of our region: designing, making and controlling ultra-precise systems with possible applications in a highly evolving field: that of robotic surgery. I’m really proud to see the first successes. And there is more: autonomous driving deserves all the attention from us. And home care is another important field of application of our robotic activities.

Would a robot be able to fall in love?

Children sometimes ask me right after a lecture on robots: would a robot be able to fall in love? Until now, I always reply that a human can be in love with a robot and a robot can pretend to be, but for itself it can’t really ‘feel’. But do I know for sure? How will Artificial Intelligence develop itself, now that hundreds of millions of dollars are invested in it, for example to learn autonomous cars to ‘teach’ themselves? And what will the role of the driver be in all this?

All those questions need to be answered in multiple disciplines, among which also a lot of ethical ones. These are exciting times in which we must take our responsibility. Onwards, to a humanised digital society! 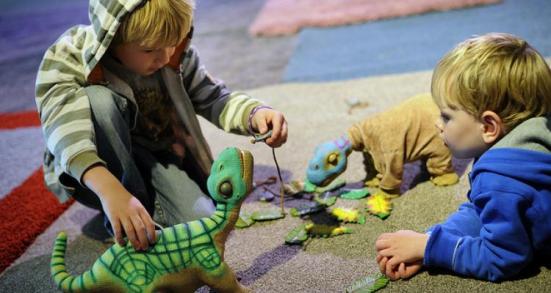